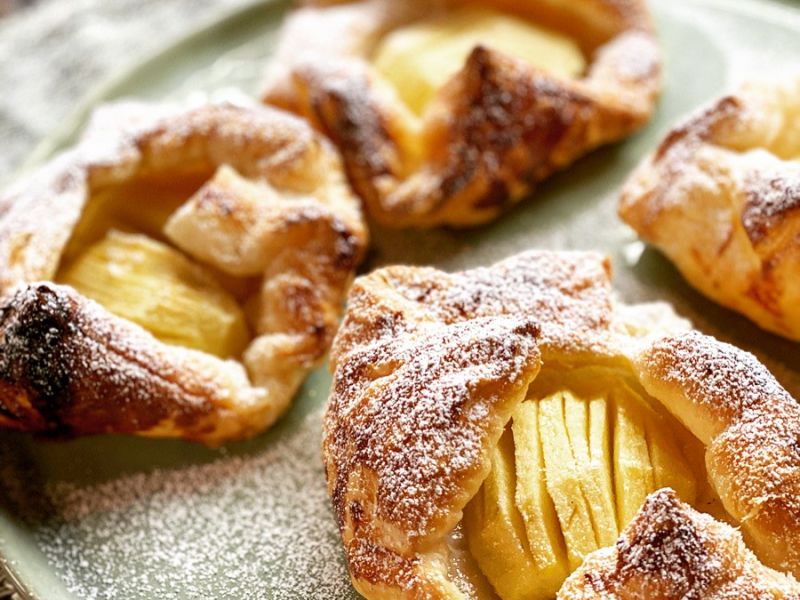 Preheat the oven to 180 degrees.

Boil the sugar and the water until the sugar is melted. It doesn't have to become a brown caramel. Stop the boiling process after 5 minutes of boiling. The caramel will still be white.
If you want you can add some spices such as cinnamon or ginger.

Cut 4 squares out of the pastry puff. Cut the apples in 4 and slice some incisions into them. Put the apples on top of the puff pastry and fold the sides into the apple. Finish with some caramel on top and put in the oven for 20-25 minutes (until the koffiekoeken are golden brown).